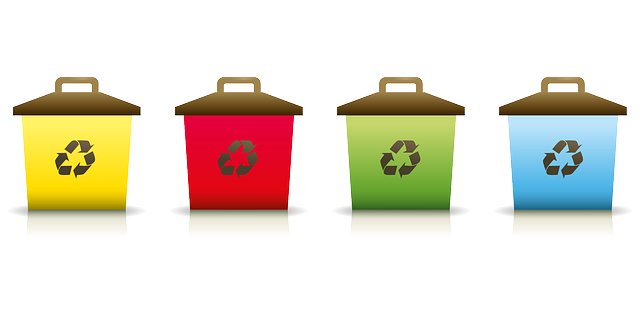 How circular waste management systems can benefit the environment – Newswise

Newswise — The increasing amounts of municipal solid waste and ineffective waste management systems threaten the environment and contribute to climate warming, yet the waste sector is often neglected in discussions about climate change and air pollution. A new IIASA-led study shows, for the first time, how circular waste management systems can help to effectively curb emissions of greenhouse gases and air pollutants.

Municipal solid waste is what we commonly refer to as trash or garbage – the everyday items that we throw away as we go about our daily lives. The amount of this type of waste generated globally every year has grown exponentially over the last decades, mostly due to population and economic growth and the resultant changes in production and consumption patterns.

While some countries have the means to implement policies and instruments to deal with the garbage they generate and some have enacted policies that aim to reduce waste generation, municipal waste generation per capita is still too high globally. A third of the global trash mountain ‘built’ every year is generated by about one sixth of the population (high-income countries). However, only around 13% is recycled and 5.5% composted. The absence of suitable treatment facilities to cope with the large quantities of waste, especially in low-income countries, often results in environmental and health impacts, including emissions of toxic pollutants and greenhouse gases into the atmosphere.

In the first global study of its kind, IIASA researchers and colleagues from the University of Natural Resources and Applied Life Sciences (BOKU), Vienna, took a detailed look at the waste sector. The study, which was just published in Nature Communications, examined the waste sector in 184 countries and regions and includes a differentiation between urban and rural settlements. The team’s approach to the research is novel in that it translates the Shared Socioeconomic Pathways (SSPs) – a set of scenarios describing alternative socioeconomic developments up to 2100 – into waste narratives and evaluates the potentials to reduce greenhouse gas and air pollutant emissions by contrasting baseline and mitigation scenarios until 2050.

“We wanted to look at future trends of municipal waste generation and to analyze the impact on greenhouse gas emissions and air pollution if waste management systems were to be maintained at the current state until 2050. Subsequently, we evaluated to what extent it would be possible to reduce waste and associated emissions when implementing circular waste management systems under the different SSPs. This approach also helps us to understand how different world developments hinder or accelerate the level and pace of adoption of the circular waste management system and the implications on emissions,” explains lead author Adriana Gómez-Sanabria, a researcher in the IIASA Pollution Management Research Group.

A circular waste management system is a sustainable system in which waste generation is minimized, waste collection schemes reach the entire population, open burning of waste and littering is eliminated, waste is diverted from landfills, materials are reused and recycled, and as a last resort, refuse is efficiently incinerated to generate energy.

By contrasting different scenarios, the researchers for instance found that the sustainability scenario (SSP1) – a scenario that envisions a world that emphasizes more inclusive development that respects environmental boundaries – could bring major and earlier co-benefits compared to scenarios in which inequalities are reduced …….